A relatively unknown government program that puts money in the hands of private-equity funds and mezzanine lenders to lower middle-market growth companies seems to be taking off.  The Small Business Investment Co. (SBIC) program, run by the SBA, is aimed at privately held companies with about $2 million to $10 million in EBITDA and a lot of growth potential. The SBIC saw a record amount of capital committed by both the government and private investors in the government’s fiscal year 2011, and pushed out $2.6 billion to midmarket companies, a 63% increase over the previous year. All that, and the dollars are likely to keep on coming.

In general, this trend is great for companies, because it’s more supply of subordinated debt and mezzanine financing, and generally with high-quality investors. While pricing can be high — lenders licensed by the SBIC program tend to offer a layer of capital that is less expensive than equity, but more expensive than typical senior credit, the SBICs will often lend on an unsecured basis. This can make them a good term-financing option for companies that can’t get a loan from a bank or other traditional credit sources, particularly when it comes to growth opportunities or owner transitions. Indeed, such funding can be very expensive for a company, but if you balance the opportunity against the expense, on net, the company comes out ahead.

There are currently about 300 investment funds licensed as SBICs with a very robust pipeline of applicants. Applications are streaming in for a variety of reasons, not the least of which is that interest rates on money coming through the program are currently very low. Ironically, banks — many of which would not lend to companies that get SBIC loans — are also driving a lot of the demand, since investing in an SBIC-licensed fund carries special benefits for them. For one, the SBICs are likely to be the only sanctioned private-equity investments available to banks, thanks to the Volcker Rule. They also help banks satisfy some of their Community Reinvestment Act requirements.

Here’s how the SBIC program works. Essentially, it’s a booster program for private-equity funds, offering them two to three times leverage for the private capital they raise, up to $150 million (for a total fund size of $225 million). The money comes at no direct cost to taxpayers, since the SBA raises the money through 10-year bonds, which are then paid back by the fund itself in semiannual installments. For that reason, most investments are structured as debt to yield cash flow. Funds that are licensed must follow some rules in their investing, such as not investing in financial companies, real estate, or nondomestic firms.

An SBIC license allows fund to drawdown borrowings of up to $150 million over a five-year period that have a term of 10 years at SBA fixed rates, currently below 4% per annum The fund then will invest this money in middle-market businesses that comply with SBIC regulations. SBIC financing provides attractive funding costs and structure with a 10-year term and fixed rates that are generally lower than rates on comparable bank and other debt. It is especially advantageous for funds because the large size of the SBIC financing relative to the capital base allows for substantial asset growth.

As an example of the available capital to a fund, a licensed SBIC invests $25 million which enables the fund to take down up to $50 million of available SBIC funds.  In subsequent fundings, investments up to an additional $50 million into the SBIC subsidiary and gain access to the additional $100 million of SBIC leverage.  Assuming full investment, this would result in a $225 million SBIC fund.

So what does it take for a company to shake some money loose from an SBIC? In most cases, the funds are looking for established, healthy companies that are in need of financing for a major event: an acquisition, an ownership transition, or some type of expansion. They may also be willing to finance a leveraged dividend or a refinancing transition. Generally the SBIC program defines a company as “small” when its net worth is $18.0 million or less and its average after-tax net income for the prior two years does not exceed $6.0 million, according to its website. That being said, however, the focus of firms can vary widely, in terms of industry, geography, and the type of investment they want to make.

On balance, though, working with an SBIC is not much different than working with any other private-equity firm or mezzanine lender. A Harvest CFO can assist CEOs, Boards, management teams and investors to determine the optimal capital structure for their Company. 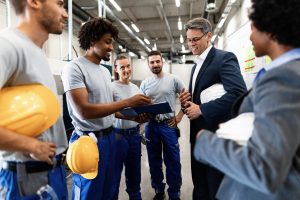 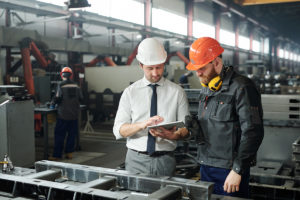